When I discovered the Champagne Spas of Port Stephens while scrolling through my Instagram, I knew I couldn’t miss the opportunity to try and find them. Think Sydney’s Figure8 Pools, but easier, safer, and even bigger!

After a little bit of research, most of the information I could find just said to head to the Whale Watching Platform in Boat Harbour, Port Stephens. From there, there should be a pathway down to the left. When I arrived, I couldn’t see any path, but I held up a picture that I had ready on my phone, and matched up the formations and horizons further below me. There wasn’t really any path, it was more of an off-road clamber down the rocks until you reach the ocean pool. 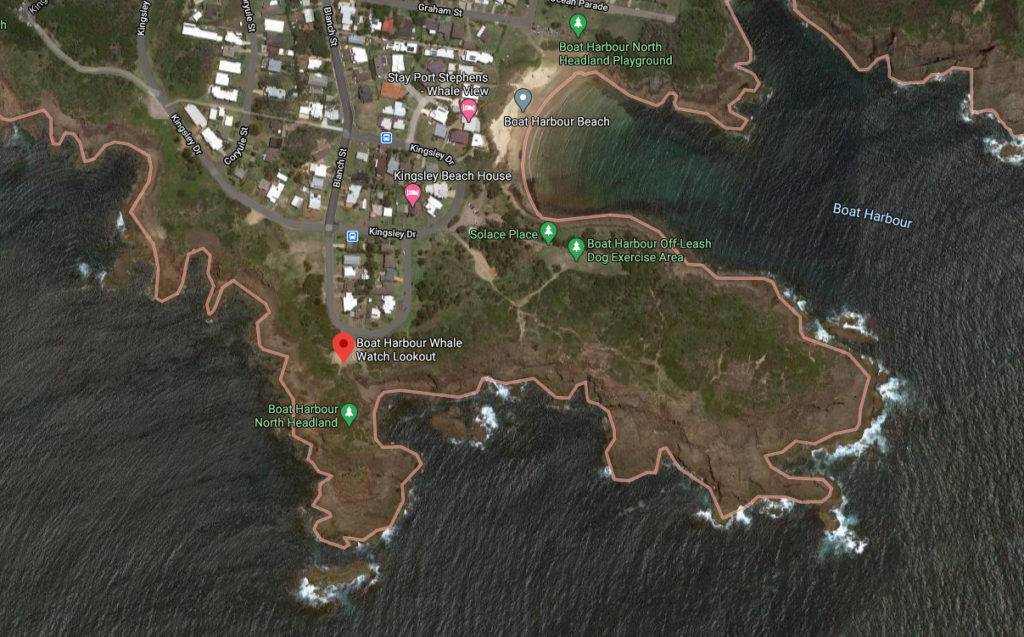 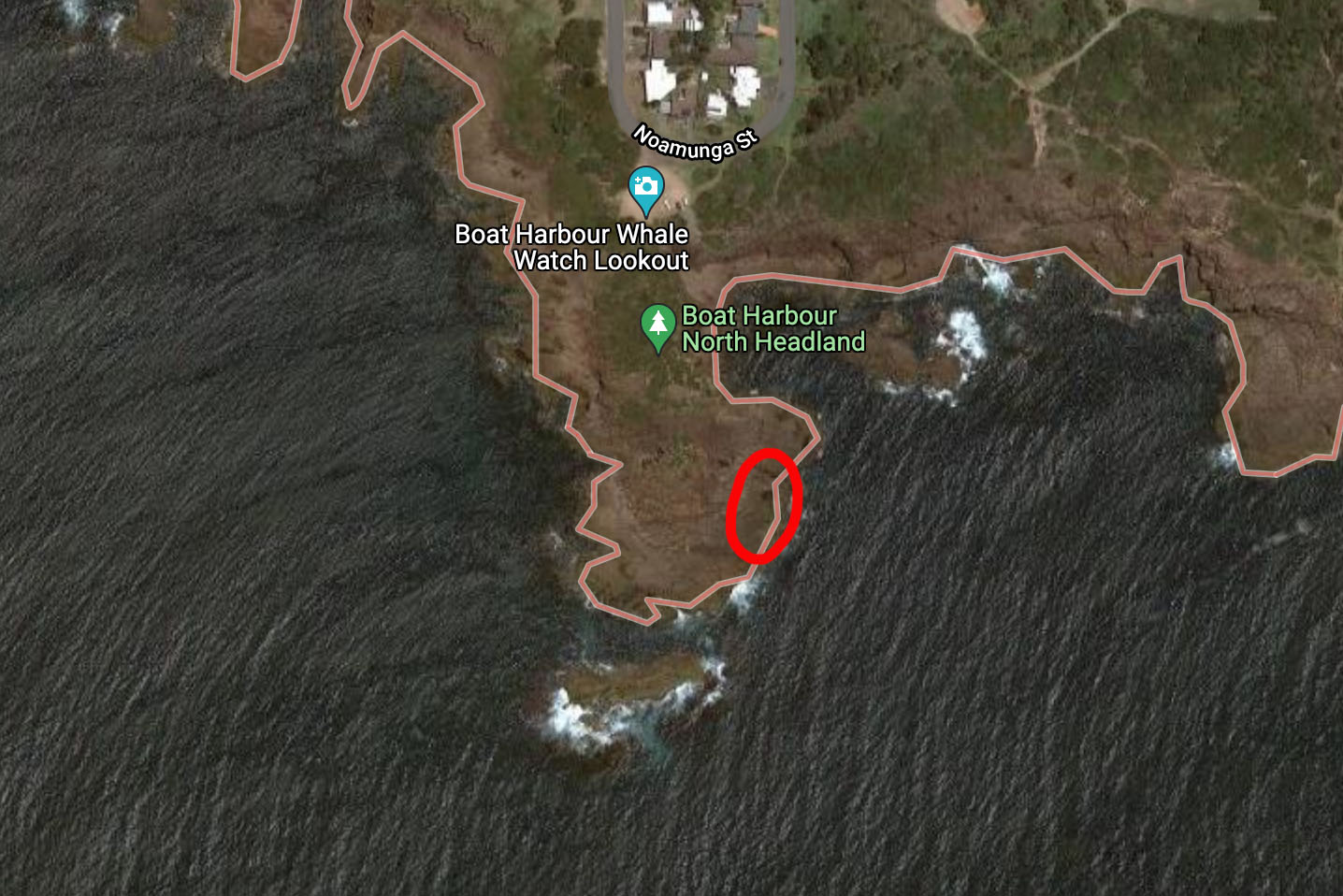 The pool is within the area I’ve circled here

While these pictures were taken during our climb back up, this was the route to the pool. As you can see – no path exists, it’s just rocks. It was relatively easy to get down though as most of the cliff face was quite flat. In this area the rocks were all dry and warm from the sun so they weren’t slippery – but I would be careful after wet weather or high tide. There are other small pools within the cracks of the rocks so be sure to watch your footing! 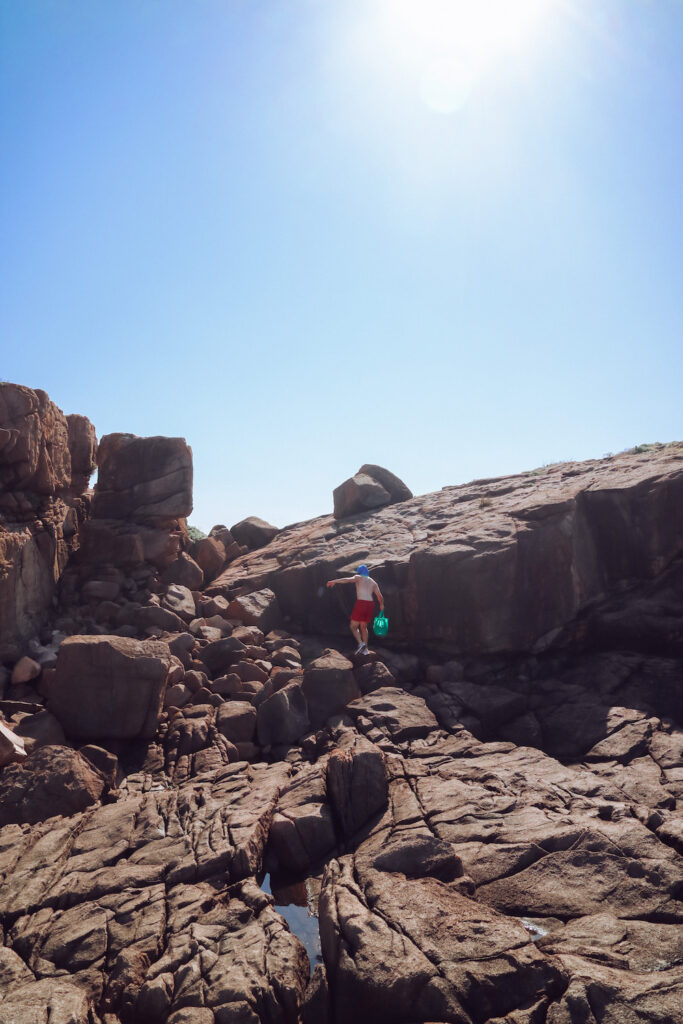 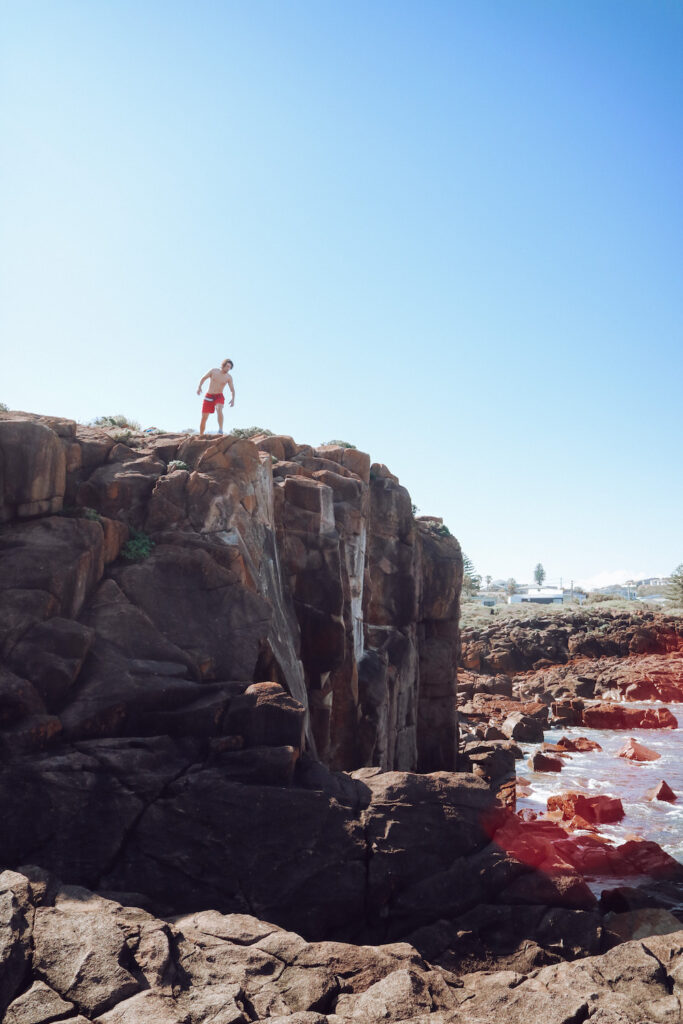 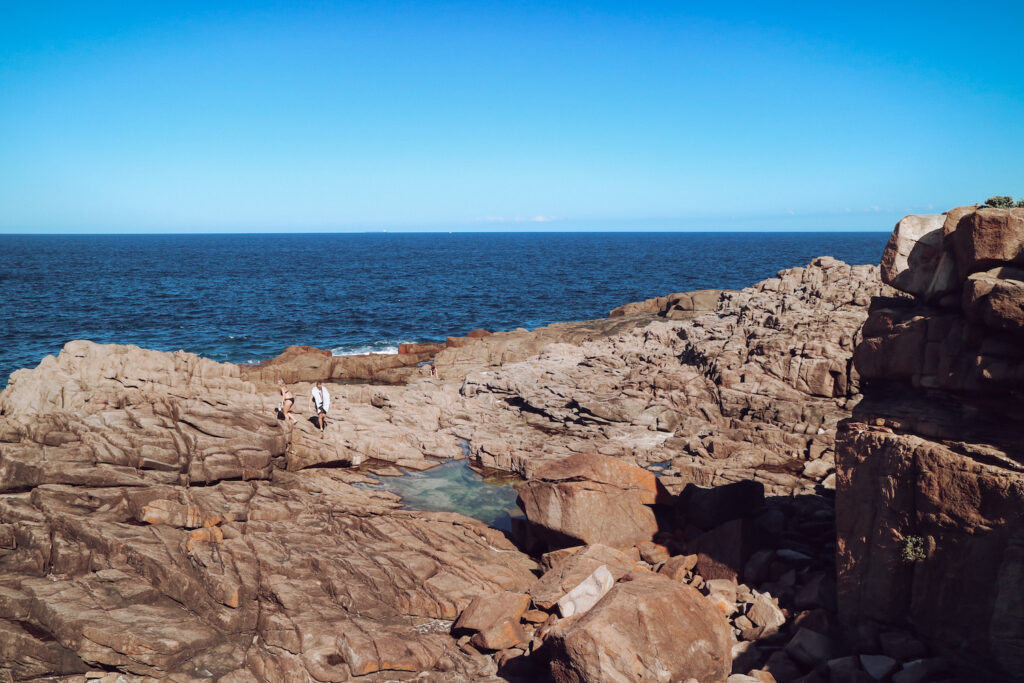 I was quite worried about the spot being overcrowded, but when I visited early in the day it was completely deserted – which actually made it harder to spot, haha! Later in the day more people started to show up, which made it a lot more identifiable from the Whale Watching Platform. While other people enjoyed the pool, I explored the area and found a few other small pools that were a great place to keep out of the wind. The rocks surrounding the pool are relatively flat so it’s also a great spot for sunbathing.

The water was crisp, but it was so picturesque that I barely felt it. The rocks form a pool wall, which takes on fresh salt water with the waves. It would depend on the tides, but when I visited there were barely any waves so it was safe and still to swim in.

Each side of the pool was easy to walk around, so there were a few different spots that were fun to jump off of. As well there are a few spots to climb back out of the pool but these are a little slippery.

Note: I would be cautious while climbing around the walls of the rockpool. Blue-ringed octopuses and similar creatures are known to live in conditions like these.

Please use common sense when exploring areas with changing tides. Like the Figure8 Pools I can imagine this area would be dangerous in turbulent weather and high tide!

I’ll let these pictures do the rest of the talking… 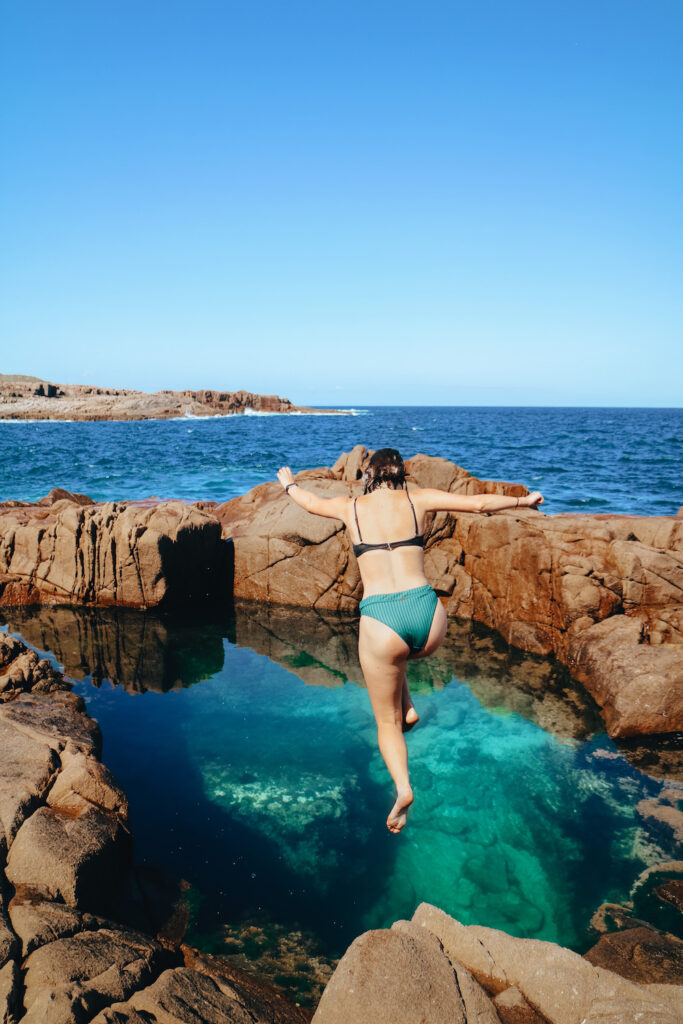 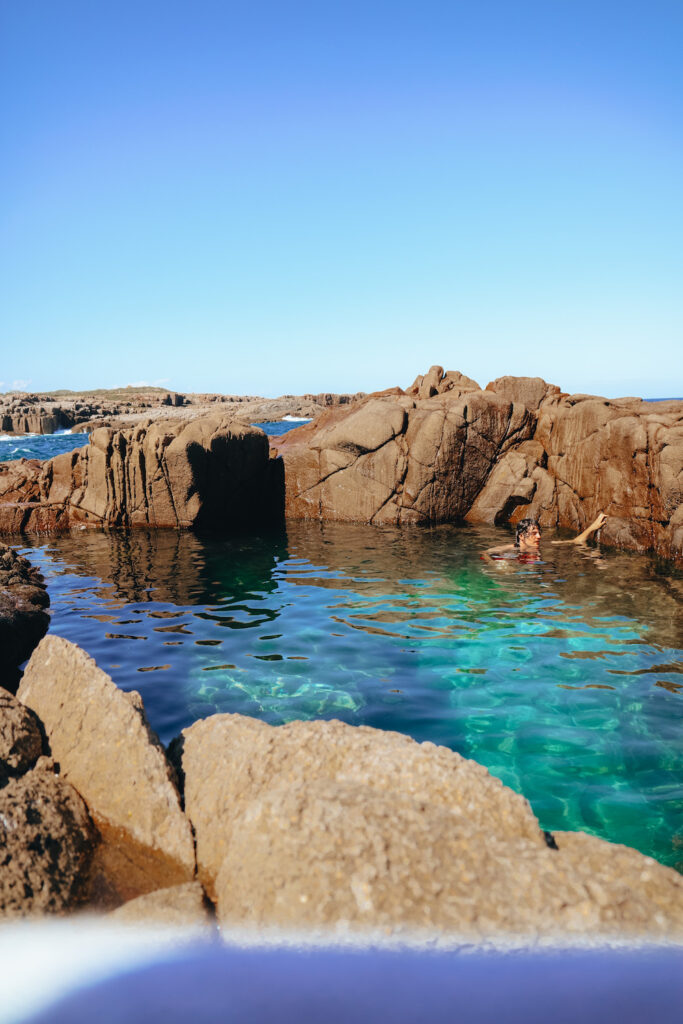 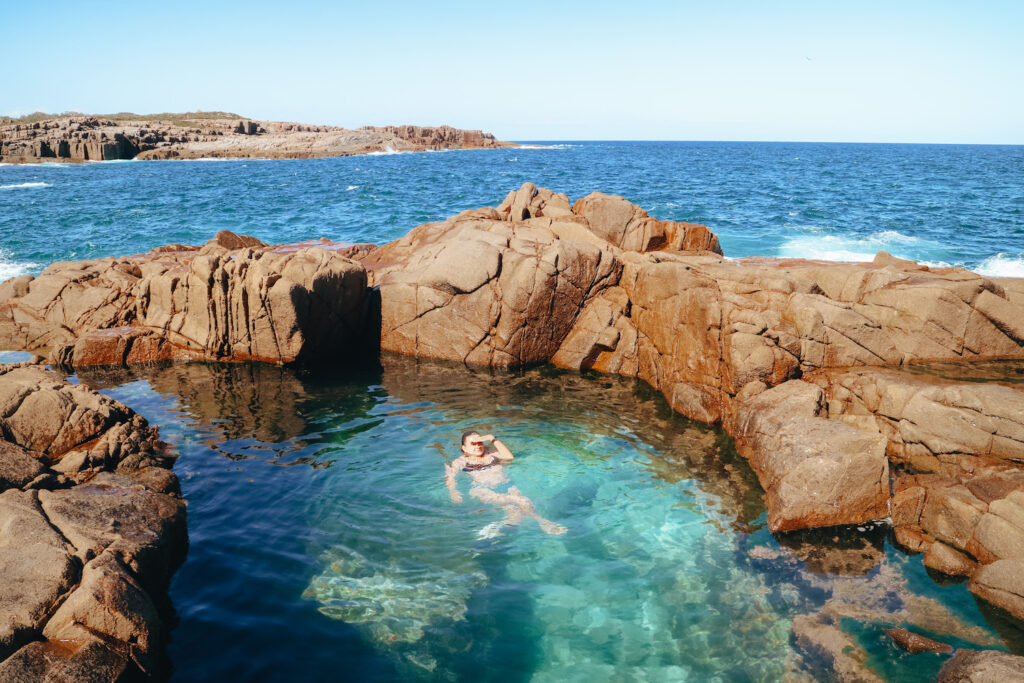 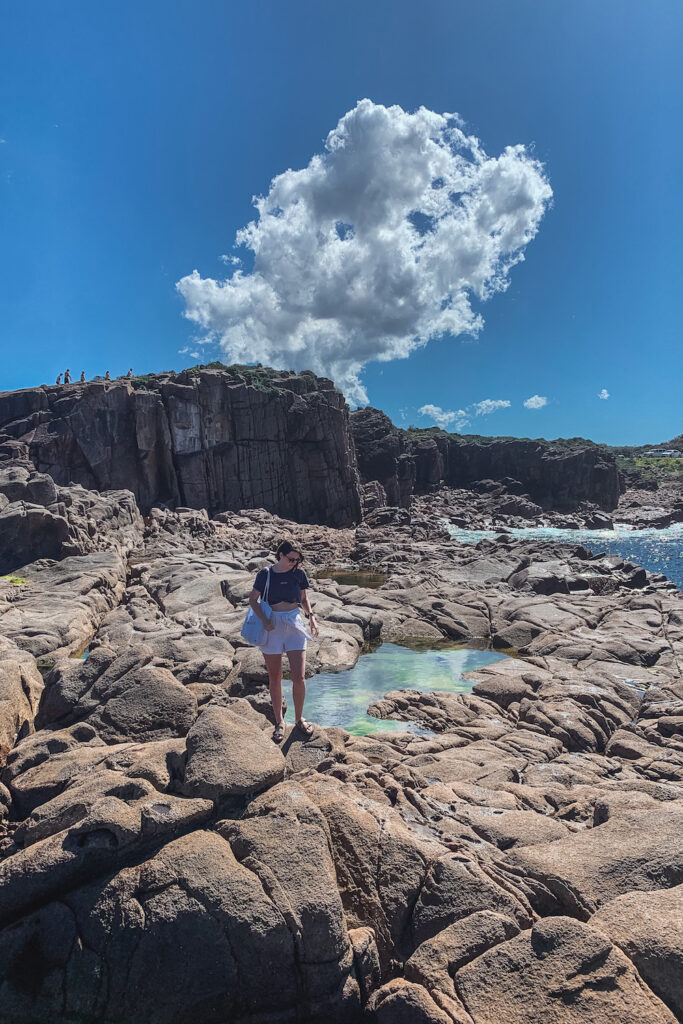 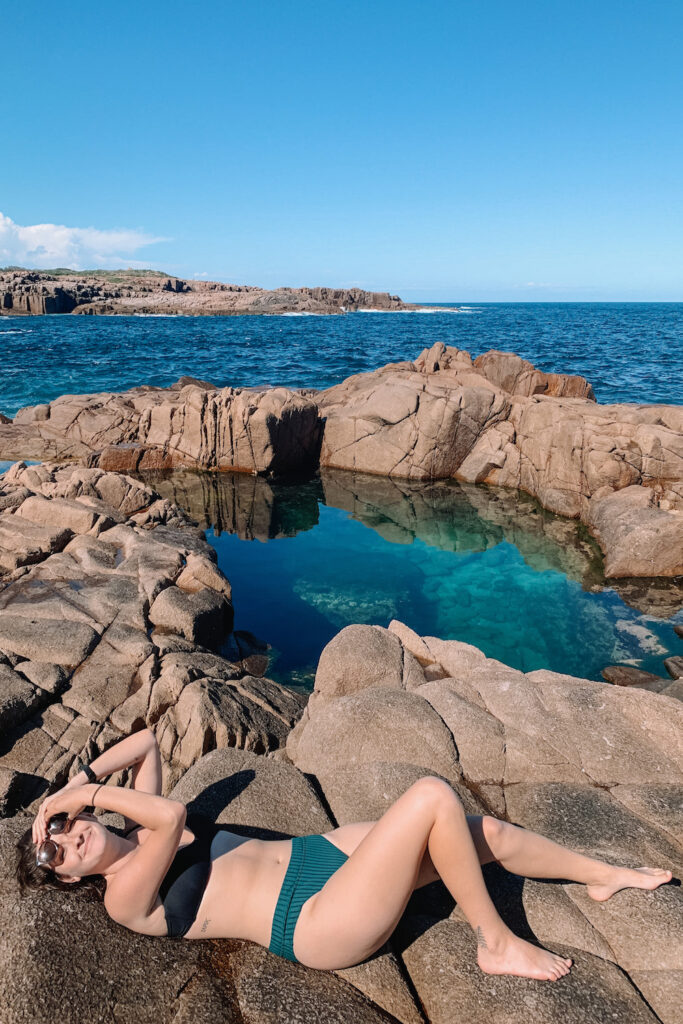 Please keep in mind that part of what makes this spot so special is being able to enjoy it without crowds – that being said, please treat this spot with respect. Take your rubbish with you, don’t be a nuisance to other people, and have fun!

Have you been before? How did you find the journey there?! 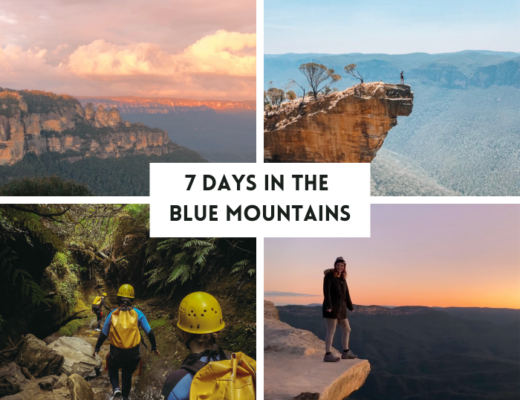 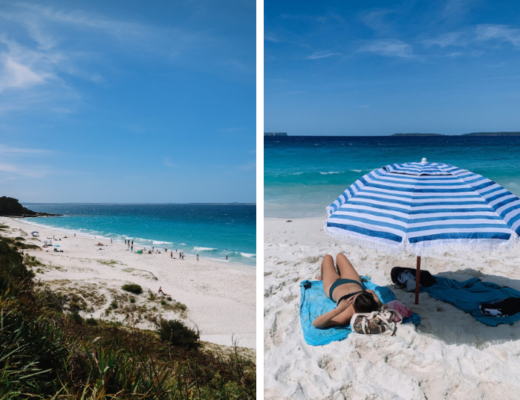 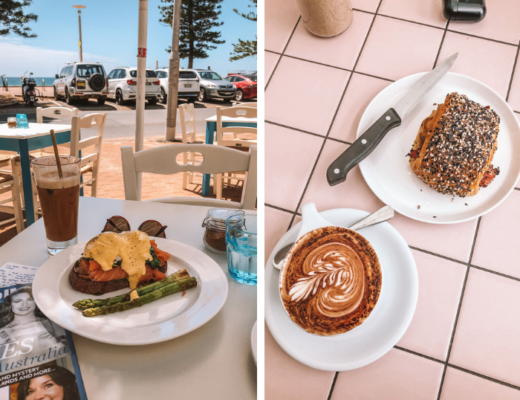 Where to Find the Best Brekky in the Northern Beaches