Understandably a UNESCO World Heritage Site, the Acropolis of Athens is recognised as some of the greatest architectural and artistic monuments to derive from Ancient Greece.

It’s no question that visiting the Acropolis of Athens is the number one thing to do when visiting Greece’s capital city. After all, it is the most complete ancient Greek monumental complex still here to this day… Built in the 5th Century BCE it was once a thriving Citadel located above the city of Athens. Now, it is home to various buildings that still hold significant historical value – the most well known being the Parthenon. 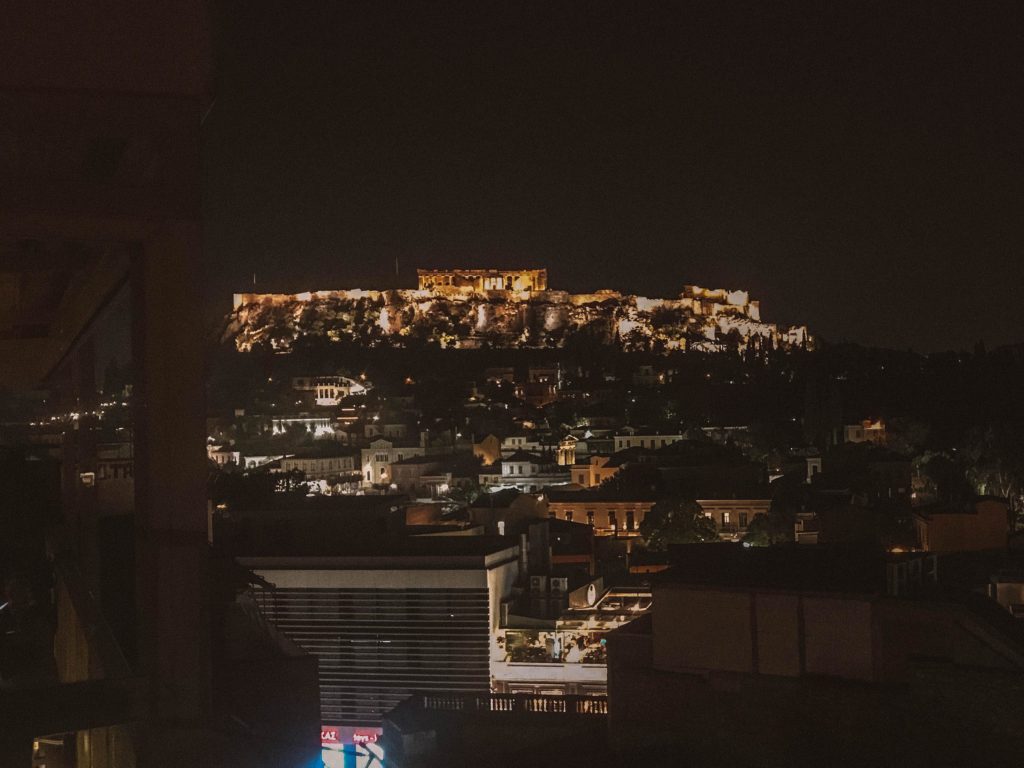 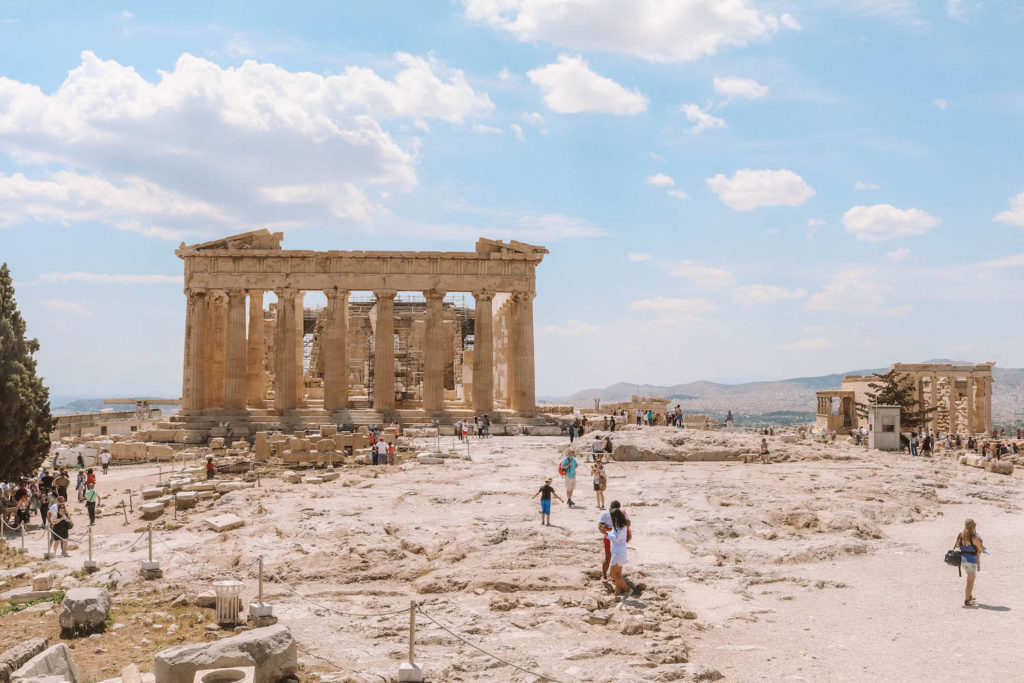 The word Acropolis comes from the Greek word ἄκρον (“edge”) and πόλις ( “city”).

Once you’ve passed the ticket turnstiles, there’s a short wander up towards the towering entrance. Despite the crowds it’s particularly daunting to think about all of the people that once passed under this structure. People like Alexander the Great, Socrates and many more.

The first and probably the most notable sight once you reach the top is the Parthenon. It towers over boasting its history and significance, and from there you can also find;

The Acropolis was built in honour of Athen’s namesake, the goddess Athena, during its Golden Age in the late 5th century BC. 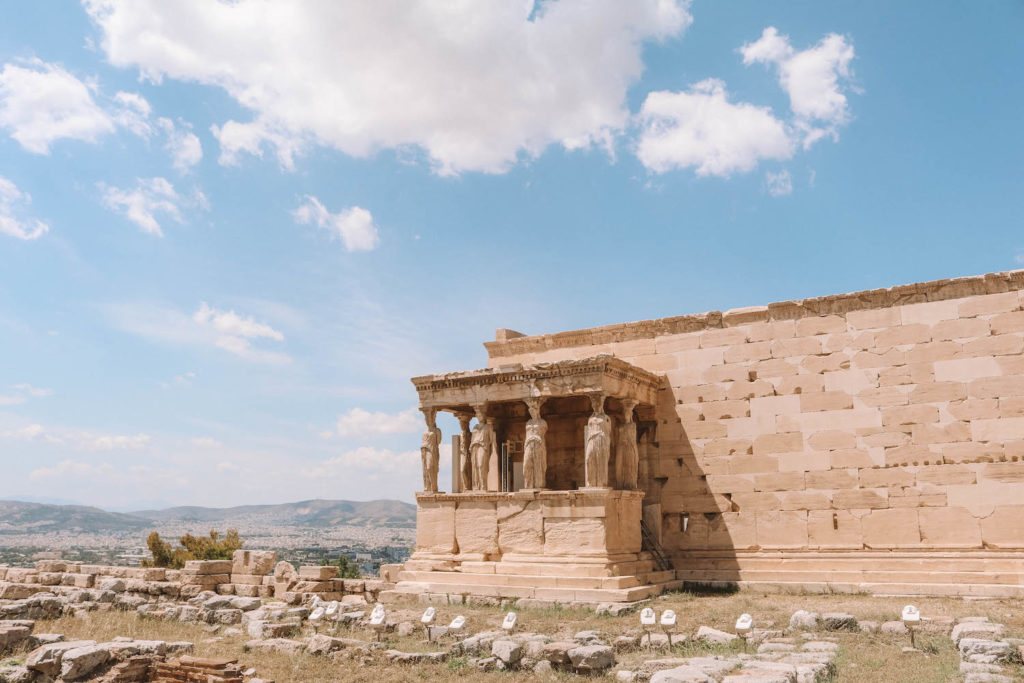 I can’t look at this without thinking of the Gospel singers in Hercules… tell me I’m not the only one??

The views of Athens from the Acropolis are a sight to see themselves. You can see out towards the sea as well as gain an incredible 360° overlook over the beautiful city. 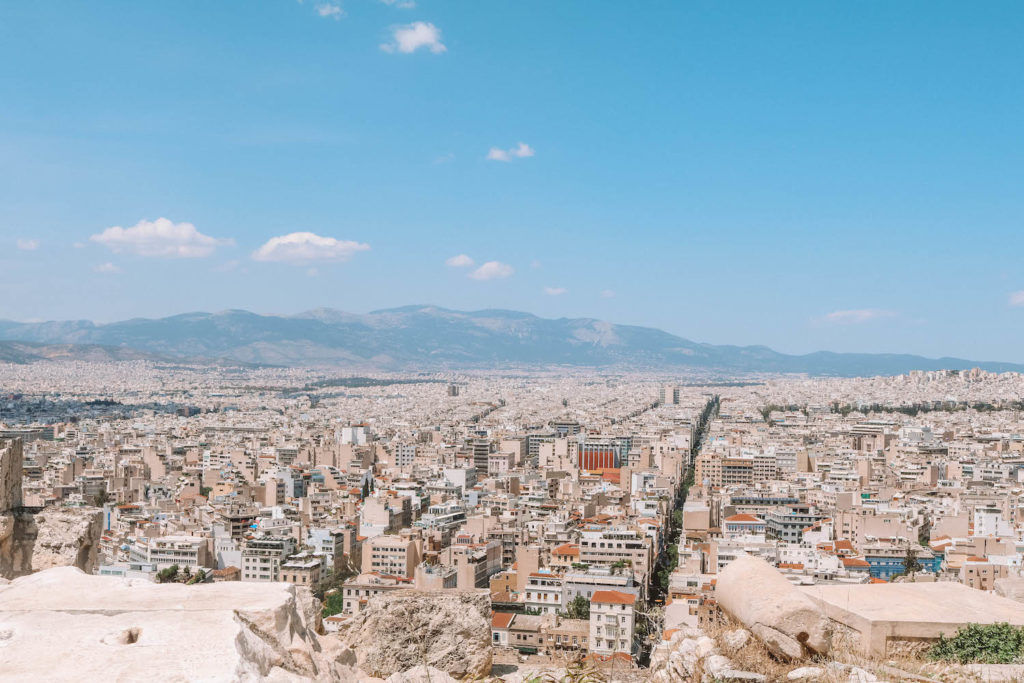 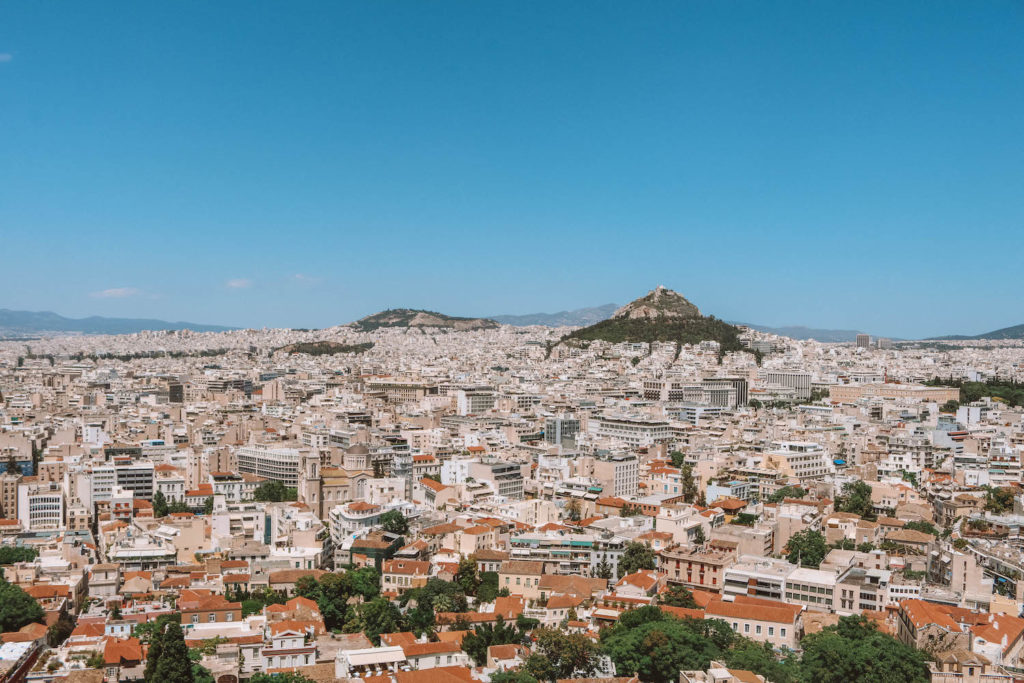 Mount Lycabettus from the Acropolis

Being Athens top attraction, the crowds can get pretty overwhelming – particularly on the climb up the entrance stairs. Lunch time (about 11am to 1pm) is the busiest time to visit so if you want to avoid the crowds it’s best to visit early in the morning or before closing.

Getting a good photo at the Acropolis can be hard, there will almost ALWAYS be a crowd, so Filopappou Hill is a great stop to make before leaving. Located a short walk across from the ticket booths you can get up to the rocky outcrop via the metal staircases. There’s still a crowd, but depending on the day/time of your visit it’s usually a lot less congested. 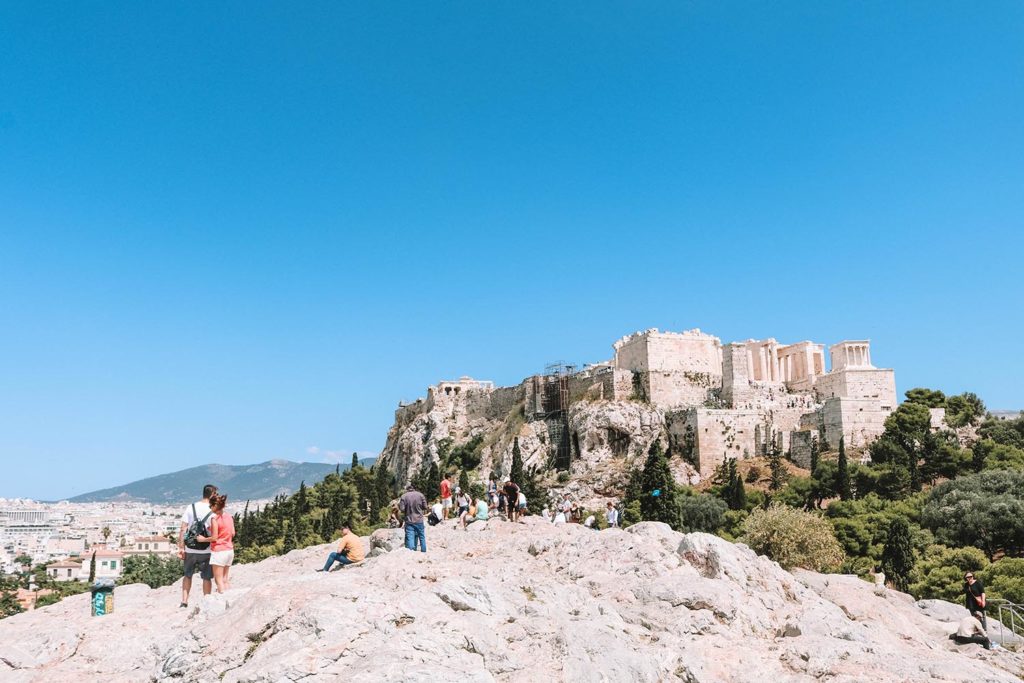 If you have the time, the combination ticket is worth is worth the price over the individual tickets. These passes are valid for 5 consecutive days, and include entry to the Acropolis as well as;

Note: If purchased online you can skip the ticket queues and make your way straight inside. 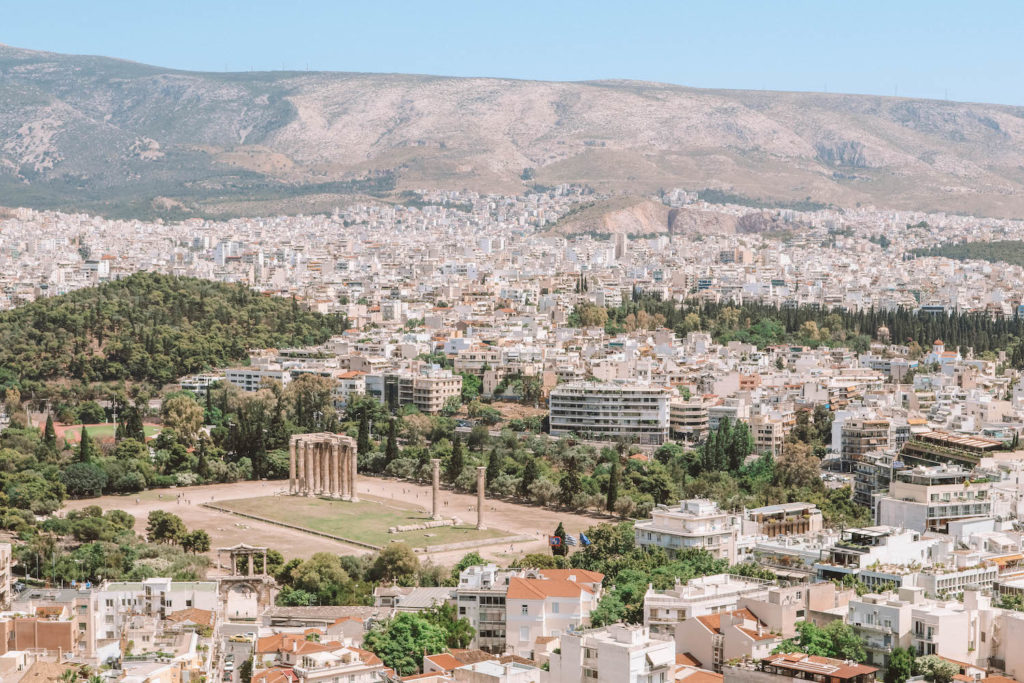 The Temple of Zeus from above

On some public holidays the Acropolis can be closed so you should check their website before visiting. It is also known that if temperatures get too high access can be limited for the safety of the travellers. 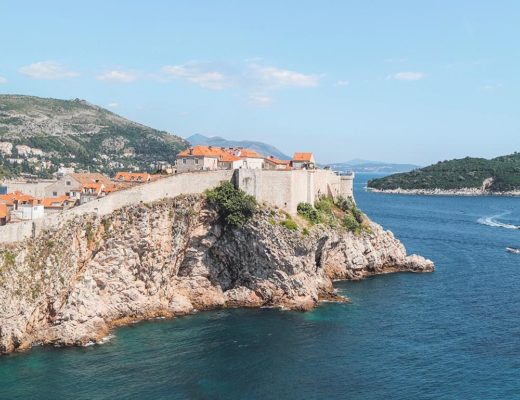 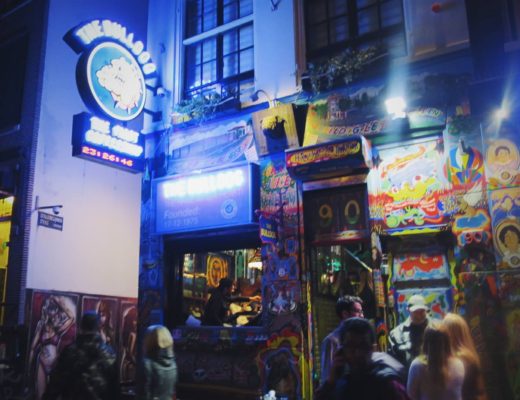 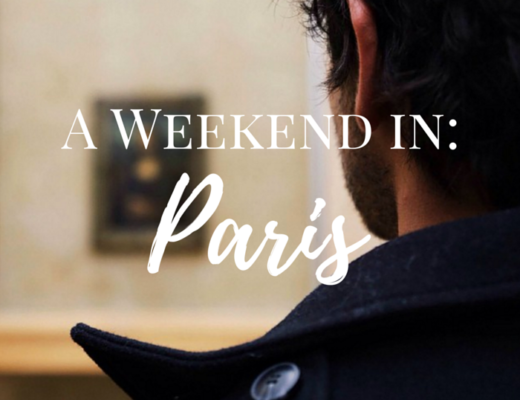